Yesterday in the post, as well as having things in a bag for the children to pick out and discuss, we also mentioned that there were some role plays going on in the majlis!
The girls were split into four groups and asked to come up with a short play on good deeds. In a short space of time, the ideas they came up with were outstanding!
One showed good deeds going round as each person who was helped, helped another. Another gave the example of offering a thirsty person water, without being asked, and the third group acted out helping a sick person.

Here is one group’s role play on picking up litter and amr-abil-ma’ruf – apologies for the audio (I think my finger was on the mic!) – hope the annotations help 🙂

This year, my daughter held a majlis for some girls around her age (6-10 years). We decided to do something different and have a very interactive majlis – thus, Majlis in a Bag!

First though, as the children came in, they did a craft activity. They drew around their hand add cut it out. They thought of one good deed they had done, and wrote it down. Their task was to fill the rest of the fingers with good deeds that week! 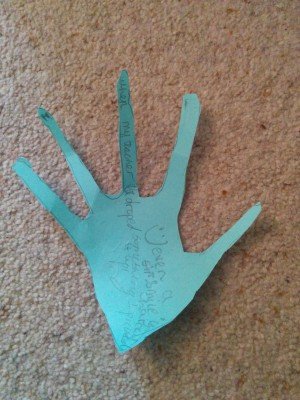 We started off with some girls reciting some Suras and a marsiya, and then I gave some examples of actions, and asked them to guess what the topic was… These examples included: picking up litter from the street, holding the door open for the person coming next, helping mum unpack the shopping, and smiling at someone on the street. They guessed it – Good Deeds! Buzz Ideazz had previously done a series on ideas to encourage our children to do good deeds, and I incorporated many of them into the majlis.

I then showed them my bag and told them that today’s majlis was all in a bag! 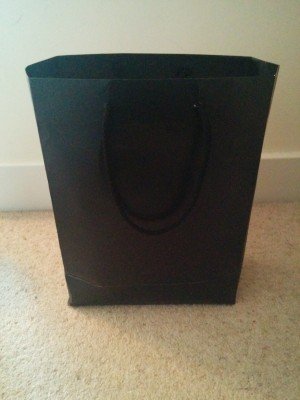 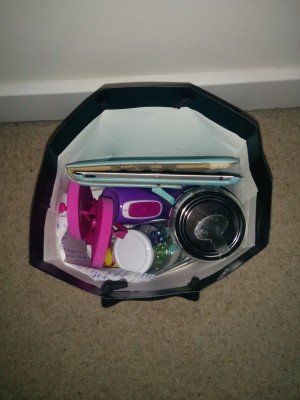 I invited different girls up to choose something from the bag. Here are what they picked and what the ensuing explanation was:

First, someone picked an Ipad. I played this clip: https://www.youtube.com/watch?v=qQacqJsWyrs

The key point here was that good deeds keep going round and come back to us eventually! There were also plenty of examples of good deeds people can do 🙂 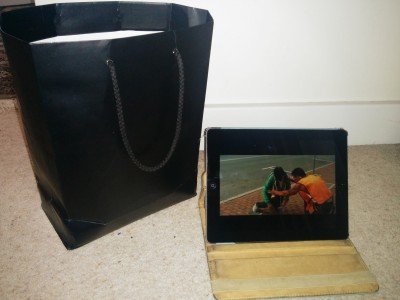 Then item someone picked was a jar. I then pulled out the other smaller jar. I then got some marbles and using those, explained how when we do good, Allah gives us SO many blessings, but when we do something bad, He only gives us the like of it. Check out the full activity here: https://buzzideazz.com/3-doing-good-gives-us-loads-of-happy-points-making-this-visual/ 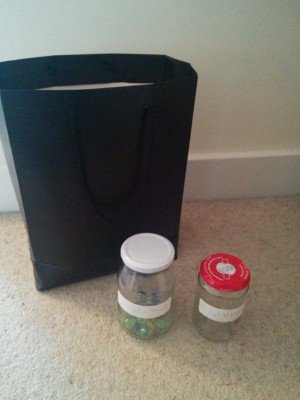 Next someone picked up this eraser (GOOD DEEDS written on it). I had some bad deeds written out on paper, and we showed how good deeds help the bad ones go away! See the full activity here:  https://buzzideazz.com/4-good-deeds-take-away-bad-deeds/ 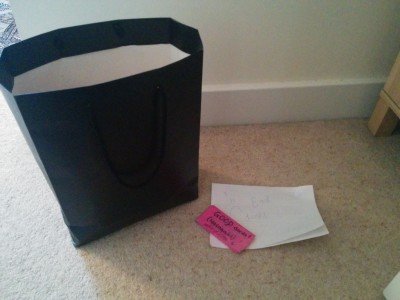 Someone then picked up this water bottle. I poured some into a plate and we saw how quickly it spread. We compared this to something solid, which wouldn’t spread at all. We then compared the water to good deeds, and how quickly it spreads – people who have had good done to them pay it forward, and sometimes even seeing someone do something good can be motivating for us to do the same! Time permitting, you can even show these clips here: https://buzzideazz.com/8-pay-it-forward-and-make-good-deeds-viral/ 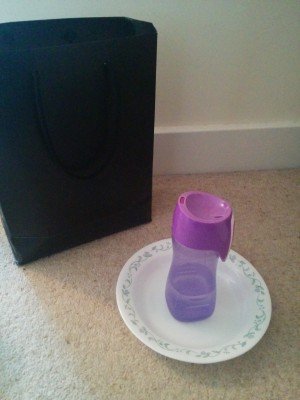 Another great reason to do good is that it makes us FEEL good. And that is what was represented by this smiley ball that someone picked 🙂 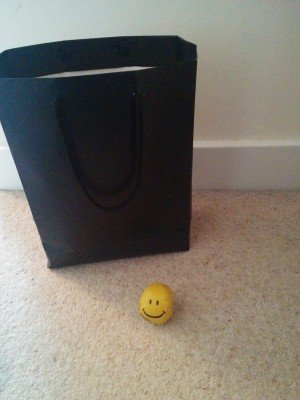 Lastly, someone picked these magnets. Here, i brought up a plateful of rice with some coins hidden in it and we did this exercise from Islam from the Start: http://www.islamfromthestart.com/2013/10/good-deeds-bring-you-close-to-allah.html – this helped show the children that good deeds will pull us to Allah, even if they are small or hidden! They loved this one 🙂 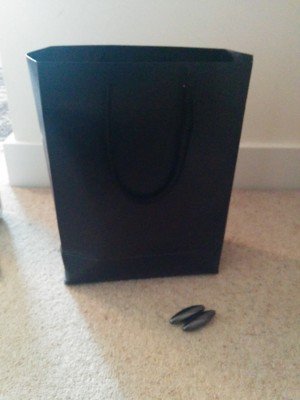 When someone picked out these lovely slippers, I gave them an example of Mahatma Ghandi’s selfless good deed, and how this is just one attribute of such an amazing man. The story goes: ‘While boarding a moving train one day, one of Gandhi’s shoes slipped off and fell upon the track. As he was unable to retrieve it, Gandhi – to the astonishment of his fellow travelers – calmly removed his other shoe and threw it down the track to where the first had landed. “The poor man who finds the shoe lying on the track,” Gandhi explained, “will now have a pair he can use.”’ 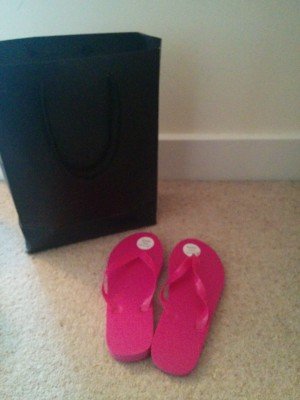 I showed them this Good Deed Jar, and we discussed that although we have all contributed to it (whenever anyone does a good, they write it down and put it in WITHOUT a name), no one can tell who did what good deed. This emphasises that our good deeds are best done anonymously – check out this link for more details on that: https://buzzideazz.com/6-anonymous-acts-of-kindness/ 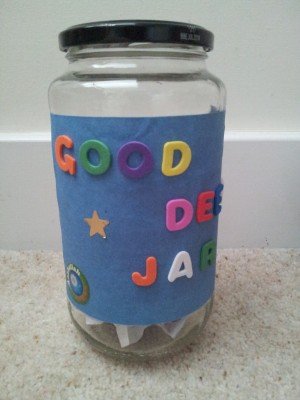 Finally, we looked at how sometimes our good deeds get spoiled when we remind people about what we have done for them, or tell other people about how they needed our help. We likened this to an apple, and how a good deed was like a fresh apple, but when we spoilt it it was as if we threw it down hard on the floor, and bruised and blackened it. See full post here: https://buzzideazz.com/5-dont-spoil-the-good-deeds-you-do/ 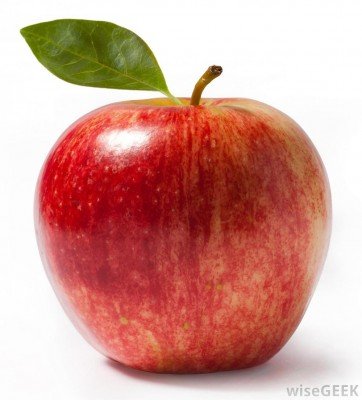 We then split the girls up into four groups and they each came up with a short role play on good deeds – they came up with wonderful ideas in the short time that they had and acted it out beautifully!

We finished off by remembering Imam Zain-ul-Abideen (as), who would always do good. He would go at night to feed the poor, and despite it being dark, he would still cover his face so that it stayed anonymous. We also remembered Bibi Fatima (as) who always comes to a majlis, and we said Salaam to her. Finally, the children did maatam, a ziyarah, and had some fatiha. 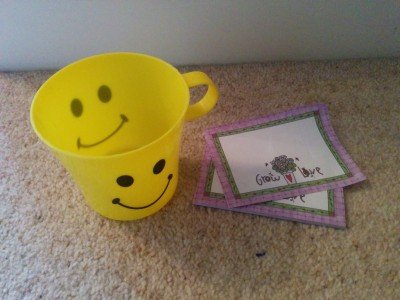 Alhamdulillah, that very evening i got a message to say someone had been receiving love notes from the children, and the next day i heard that people had already made their own good deed jars!