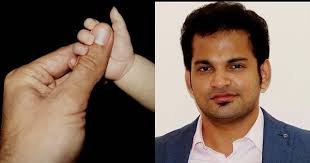 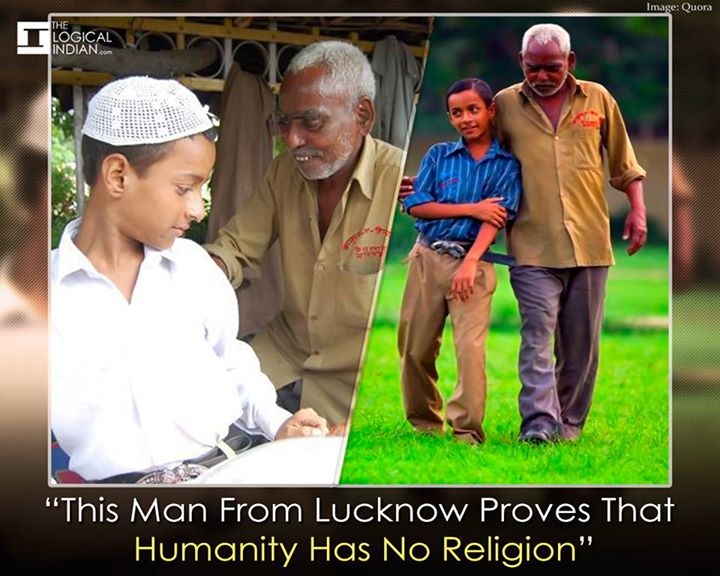 Humanity has no religion

This LITERALLY gave me goosebumps – Subhanallah, this is true humanity 🙂

“On February 2002 a tea vendor in Lucknow, Aiku Lal Sandil finds a boy abandoned at a park near his tea stall. The boy only remembers his name as Akbar. Aiku reports to police but the police were unable to trace the boy’s parents as there was no missing complain registered on missing of a three year old boy in any of the police station all over the state.

After losing hope police advice Aiku to shift the boy to an orphanage, Aiku refuses and brings up the boy on his own, Aiku has meager income but ensures the boy gets proper education and also retains Akbar’s religion by taking him to a Muslim cleric and making the child learn Quran and read Namaz daily. Soon a lovely relationship blossoms between a Hindu man and a Muslim boy and they both form a family of their own.They live very happily together.The boy considers the man as his mother and father both.

After 5 years in 2007, one journalist, who comes across this unique relationship, highlights this in a TV show where he interviews Aiku and Akbar both.They also show the childhood photo of Akbar when he was found in the park.

They did not know that this would turn their world upside down.

When the show was aired on TV the biological parents of the boy see it and recognize that it is their kid with the help of photo shown in the TV show.

The boy’s biological parents turn up and seek the custody of boy, but the boy refuses saying Aiku is his father-mother and wants to stay with Aiku, but boy’s biological parents go to court to claim Akbar’s custody. But court gives judgement in favour of Aiku and acknowledges Aiku’s upbringing of the boy by retaining his religion and providing education.

During court proceedings we get insights about the life of Aiku.

Aiku lal says during court proceedings:
“I am a Hindu, brought up by a Muslim man. When I found Akbar, it was like God telling me that it is time to return the love and care I got from His people. I was never forced to change my religion and, having got that education from my guardian, it was my duty to take care of the child and bring him up as per his own religion,”

A midst all religious differences raised by ourselves and self centred politicians, ‘Humanity’ is still prevalent in one form or the other.

– Shared on Quora by Gaurav Langwan.”

And here’s another article showing a similar situation, but in reverse! http://thelogicalindian.com/story-feed/get-inspired/delhi-hc-issues-order-naming-muslim-pilot-the-guardian-of-2-hindu-orphans/