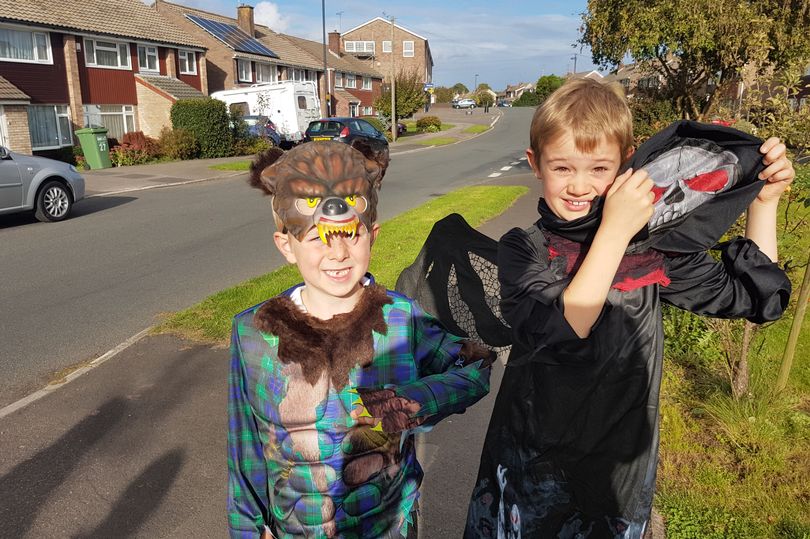 What an awesome idea! I have to admit, I’m torn on the whole Trick or Treating… I don’t think it’s as sinister as made out to be sometimes, and like someone recently told me, if it’s not haraam, then why do we make it so? This is one thing that will make it more palatable for sure!

On the topic of Halloween…

Saw this great discussion on a friend’s wall – was having a similar conversation with a friend so it was very relevant. When trying to share it however, am not getting all of it, just the youtube link, so here’s what she said and perhaps we can pick up a discussion here?:

“Last night at the Kids Parallel Program, we touched on this concept of Halloween and explained the brief history of its origin. We told students that this concept has nothing to do with Islam. This lecture such beautifully explains how mothers should train their children and make it explicitly known to them that there are “religious” holidays and we as Muslims do not “have to” partake in them just like other religions do not partake in our holidays. We respect each other and their beliefs but we should not be adopting such celebrations just because “we are living in this society”. The speaker this morning so beautifully explained this concept too.

It will require some work on the part of those parents who have already been taking their kids “dressed up”, trick or treating in the past and this reformation will not happen overnight. With that in mind, we have asked the little workshop kids to come dressed as a “Soldier of Al Mahdi” and instead of having them go door-to-door “begging” for sweets (I’m so glad the speaker used this word this morning – I was almost tempted to do the same last night when explaining the kids but refrained from it because I’m not a mother and the last thing I want to hear is “What do you know? You don’t have kids! You won’t understand our struggles”), we will hand out the candies to them as “Fateha” at the end of the Program after remembering the Martyrs of Karbala and our Marhumeen by reciting Surah al Fateha.”

“On another note- growing up here my whole life, i trick or treated until i was 15. I think it was to have fun and just enjoy the candy. I think i turned out okay and teach my kids the morals needed. I don’t think i looked at it as begging for anything. My kids trick or treat, and we donate most of the candy but this year and for many more years they know it wont be allowed since its Muharram and safar. Life is a balance and every situation should be approached with an open mind. For who knows. We may not trick or treat our whole life in this ‘society’ and other things will arise that will make trick or treat look harmless.”

Would love to hear your thoughts? 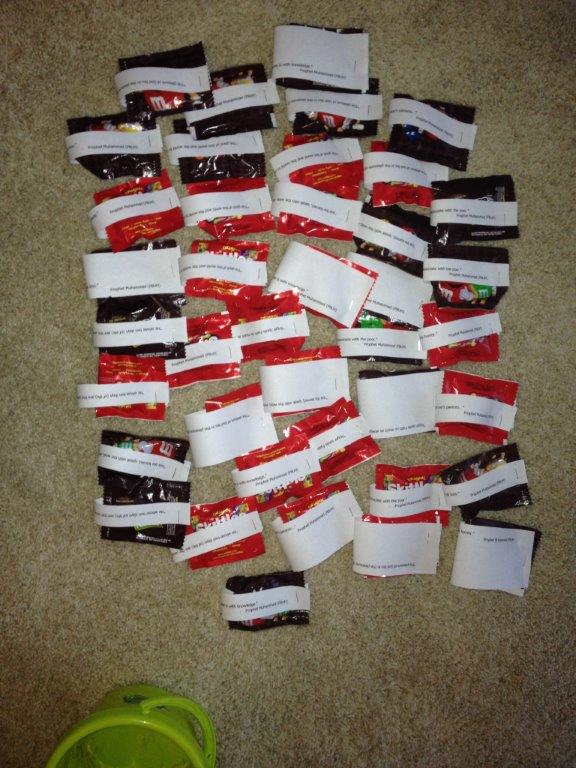 Halloween is around the corner – and while many of us probably will not participate in the day in terms of dressing up or decorating our houses (especially given we are in Muharram), it will be inevitable that our doorbells will be ringing with Trick or Treaters.

So how can we use this an opportunity to spread the beauty of Islam and still make those children happy?! Last year, somebody came up with a beautiful idea! Here is what she said: “My daughter and I sat together and chose hadith that were relevant to our neighbors and their rights in Islam. We talked about each hadith and explained it to my four year old princess. Then we did some cutting exercise and stapling exercise (something a four year old loves doing!!). Finally we sat outside and gave the treats to all the kids that came to our door step. With a smile and a Salaam.”

Another option is to go to the www.whoishussain.org website and print out the labels with quotes on non-Muslims on Imam Hussain and give them out with the treats – Inshallah through this simple act, awareness will spread! Tjannah.com did that! “This Halloween…We made packs of some candy and a water bottle, hoping to spread the name of I.Hussain (as). We used the Who is Hussain? water bottle sleeve and added a little message in each pack. Where possible we don’t participate in any Halloween festivities but felt this was a great opportunity to inform people about I.Hussain (as). Water bottle sleeve is easily downloadable from www.whoishussain.org.” 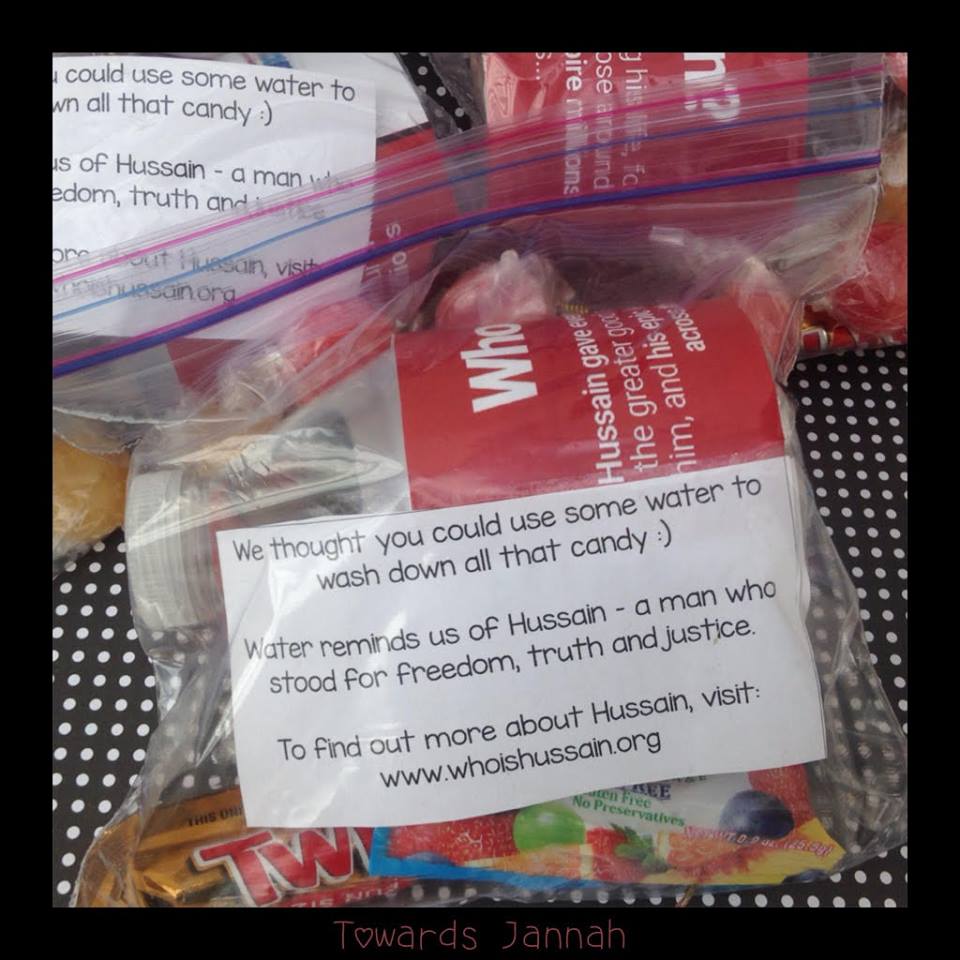 Received this from someone in America – another great idea for Halloween! “This year we decided to use Halloween as a platform to counter the misconception about Islam, put forward by the horrible acts of groups such as ISIS and others! We decided to look at the concept of “The acceptance of diversity, peace and tolerance in Islam”.

Hence with each bag of candy we added a little letter! The letter also had a Quranic verse proving that Islam beautifully acknowledges differences and celebrates diversity.

As for my children, I explained to them that as Muslims, we never let anyone come to our door and go empty handed! Despite us not celebrating Halloween, but if a child comes to ask for candy, as a Muslim we should give them some :)” 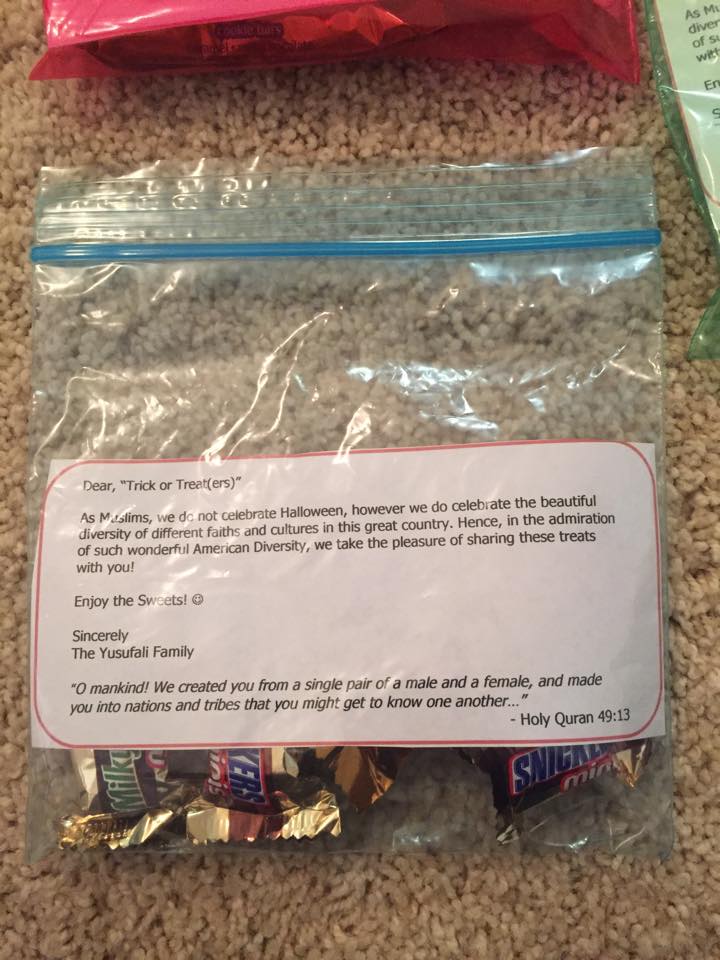 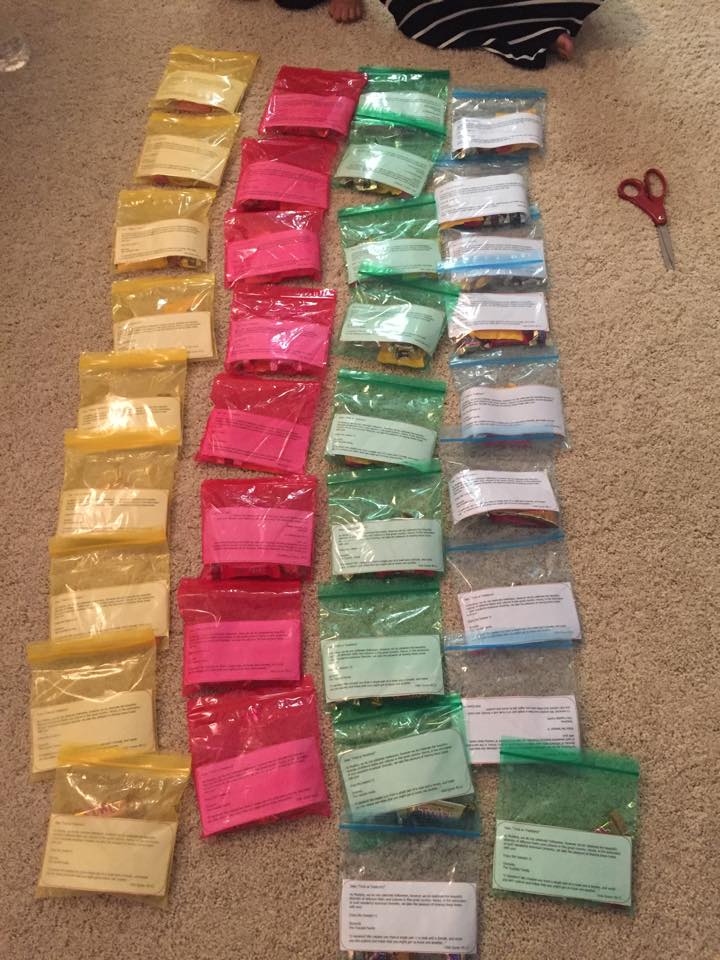 And how about this idea? 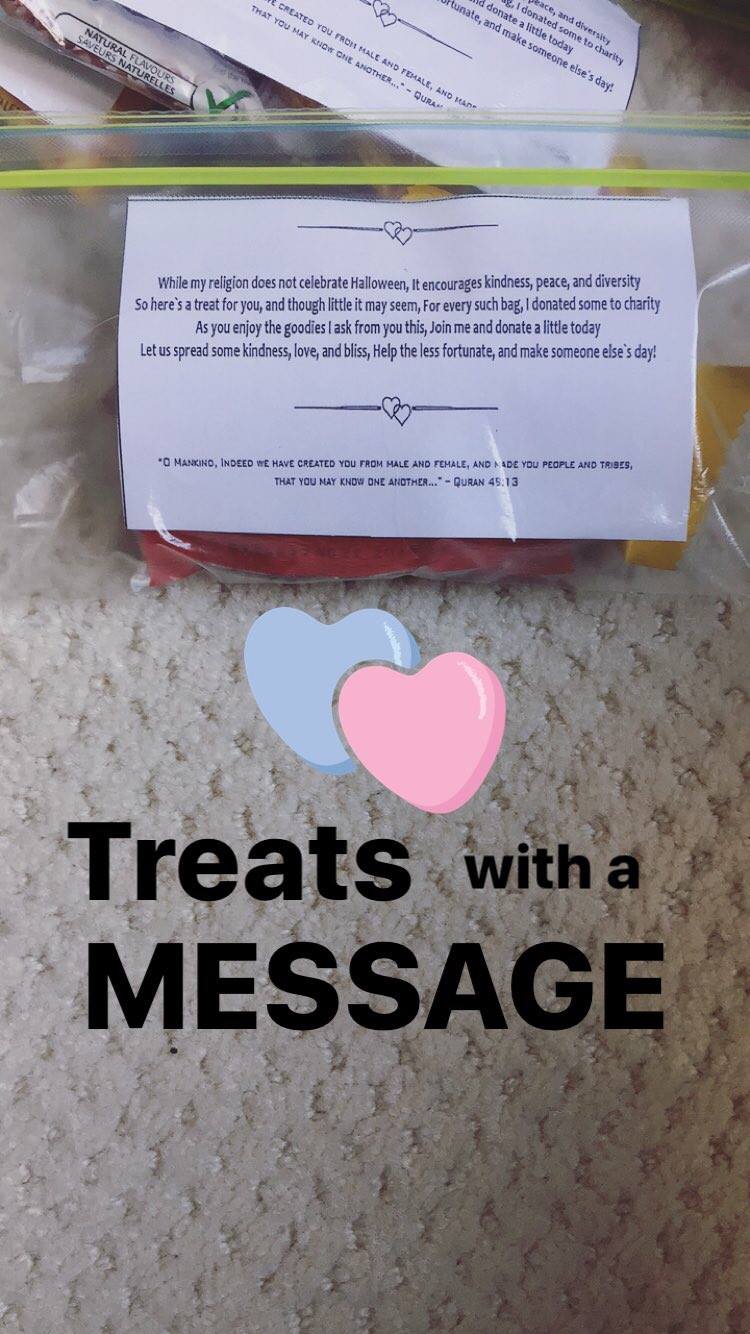