Salaah Idea 9: Teach them GRADUALLY and Not Too Soon! 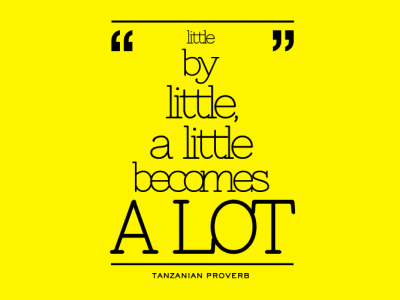 Sometimes, we have a sincere but misguided emphasis on doing too much too young with children. Someone once told me how she was told to make their daughter pray at the age of 3; at first the daughter would put on her little chaadar, and sit next to or follow along with her mum, but then she began to object and dislike it. The mum, because of what she had been told and also peer pressure, began to get frustrated. Luckily, she realised it was heading down a slippery slope and relaxed about it all.

From the hadith it is apparent that we should bring about awareness of religion in a child early, and as they grow and show interest we can invite them to pray BUT we should do so gradually and not ask them to do too much too quickly, lest we push them away.

For God’s sake (literally), leave those kids alone for the first 7 years!

There is a reason God has not made prayer incumbent upon children — what baffles most adults is trying to figure out how they are supposed to take the spiritual souls that have been placed under their care and then successfully prepare them for the lifelong duty of praying five times a day once their physical bodies have attained puberty. The responsibility on parents is no joke, and some of them can crack under the pressure.

In the early years, children should be allowed to join and leave the prayer at will, letting themselves get acclimated to the motions and the sensations of the ritual prayer at their own pace. Praying with the family should be an enjoyable experience — one that kids can partake in (or not) as much as they desire. Their association with prayer should be one of sweetness. I know one father who has all of his children share their duas (supplications) aloud one by one after the prayer is over so that everyone can join together in asking Allah (subhana wa ta’ala) to grant their siblings’ wishes. Once the duas are over, the kids often dissolve into tickling and wrestling matches while the father finishes up his supererogatory prayers on his own. Kids can be taught the basic adab (etiquettes) of prayer from an early age — i.e. being mindful of not walking in front of people while they are praying and resisting the urge to make loud, obnoxious noises while others are engaged in worship — but these guidelines about the prayer are all related to respectful consideration towards our fellow Muslims; as far as these little Muslims themselves are concerned, no one should be demanding any personal obligations of them just yet!