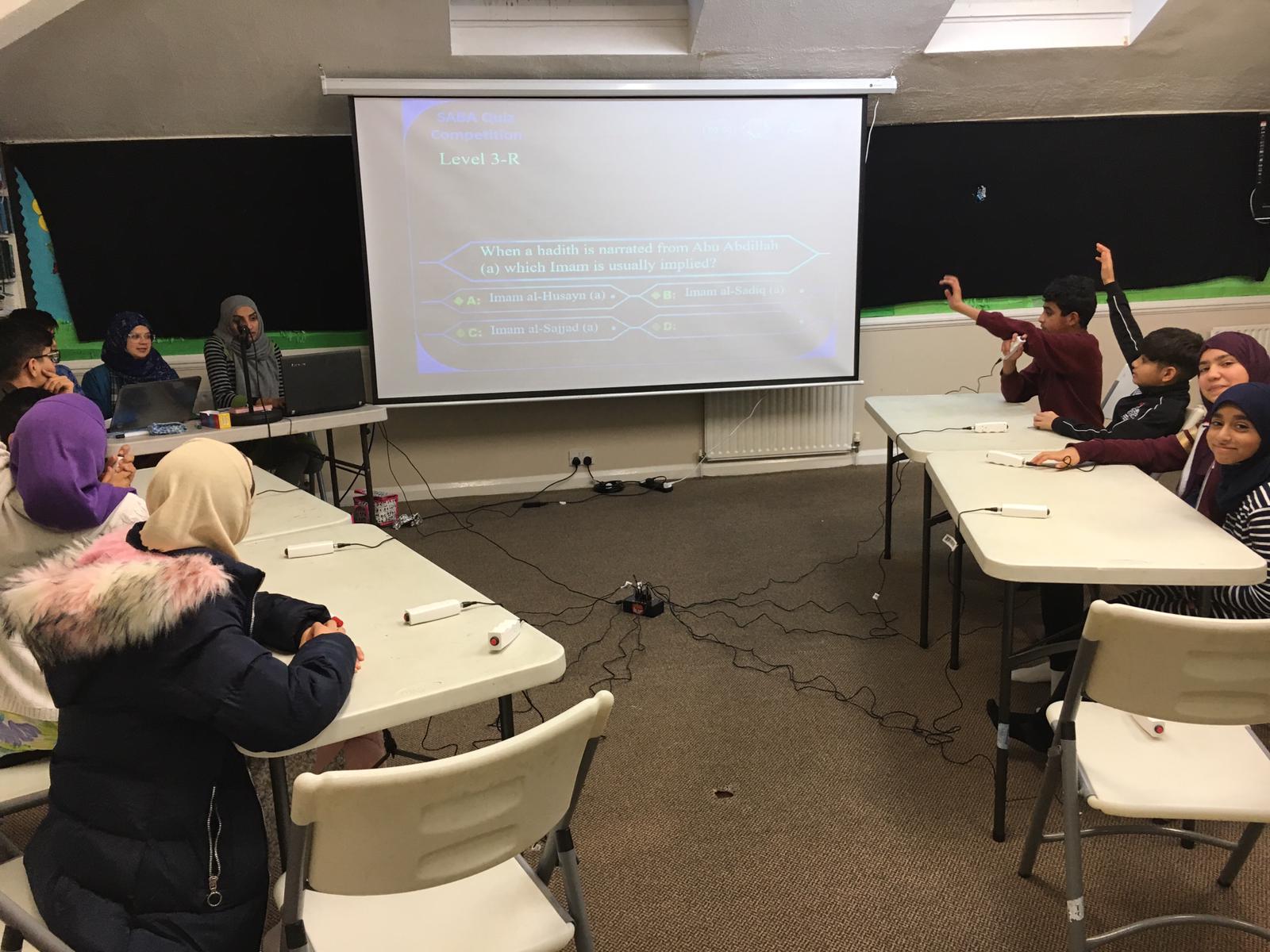 Alhamd the Quran Gameshow event came and went with a bang!

Here are the details 🙂

The session started by describing the powers of the H.Quran and reading a story called ‘Q-Man and the Cat’ by A14 Publication.

The 4-6 year olds then engaged in an interactive Quran themed game show. The children were divided into four groups, they chose a name for their team and were asked to answer and perform interactive tasks (email xtjannahx@gmail.com for a copy of the questions and score sheet)

The children were separated into groups of 5 and set about completing 6 tasks.

Then we had a quiz, with all 5 groups competing against each other. They received a token for every right answer. When there were no more tokens left, they could take a token from a competitors table!! At the end, all the tokens were added up and put on the scoreboard. The winning team was Red!

The children had great fun and worked really hard with their teams, it was great too see everybody having a chance to join in.

The children were treated to a good old fashioned game show with buzzers and all! They were split into 4 groups and each group had a chance to play each other. The top 2 then went on to the finals where they played Who Wants to be a Winner. Lots of fast fingers and fast answers won the day!