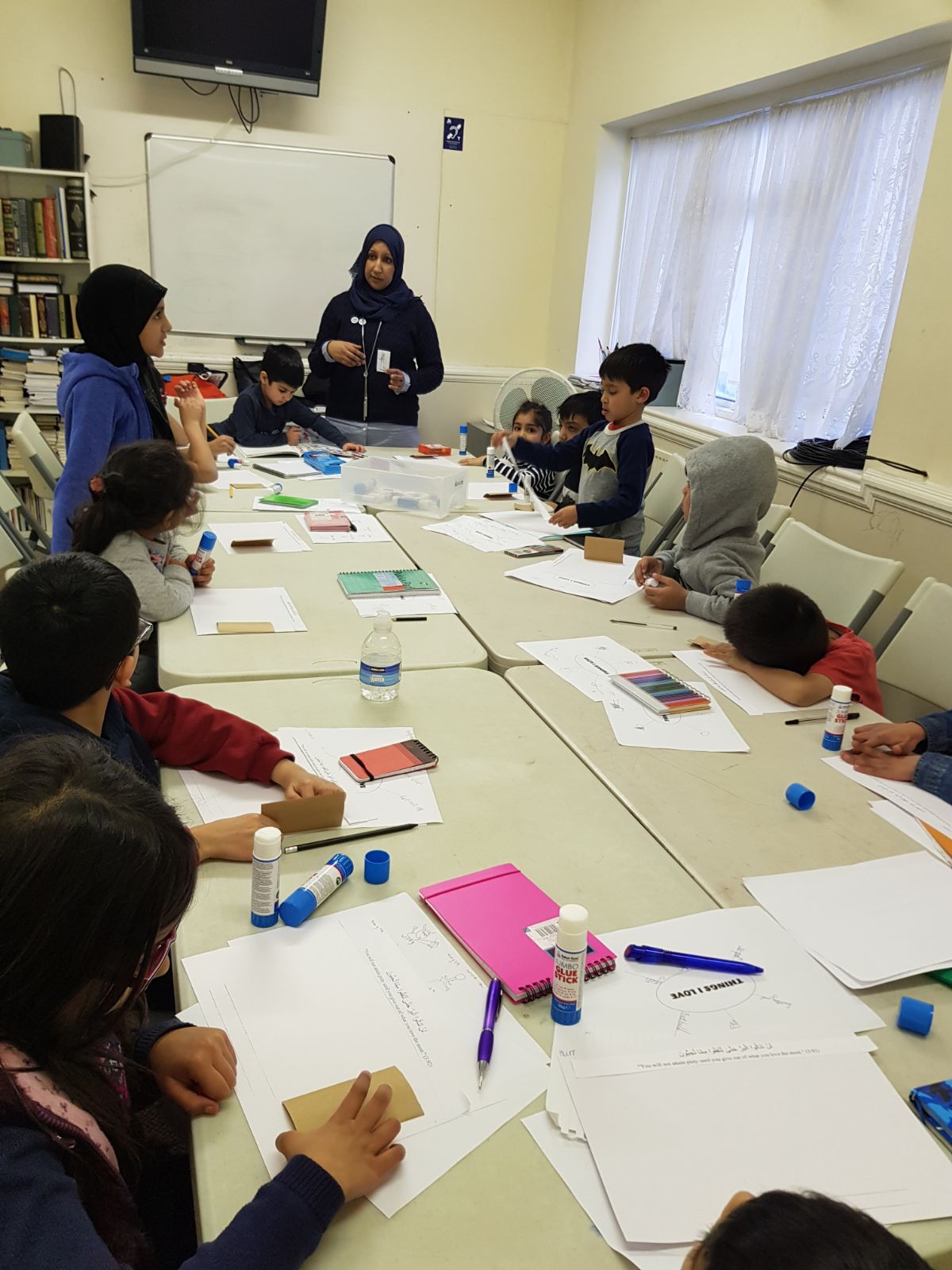 Alhamdulillah we had a successful Creative Writing workshop over the half-term, inspired by the life of Lady Fatima (as).

Thirty 5 to 7 year olds began by listening to the story of Maryam’s Doll (in Adventures of a Qur’anic Family by Sun Behind The Cloud Publications Ltd), which is the story of how Maryam is inspired to give her favourite doll away because she remembers how Bibi Fatima (as) did so with her wedding dress. We discussed the verse 3:92 – Lantanalul Birra – which talks of giving out of what we love the most.

The children then split into two groups and began by writing down 6 things they loved, followed by 6 things they shared. The two were compared and discussed, making them think about whether they would share the things that they loved, like Bibi Fatima (as).

They then went on to make a craft which showed the story of the poor man at the door, and allowed the children to move Bibi Fatima (as) across the page to open the door, then back to where her dress was, and then back again to give the dress away. They were encouraged to use this craft to relay the story to their friends.

Finally, they were then invited to write the story in their own words. They were extremely attentive and enjoyed this very much!

Twenty 8 to 11 year olds went upstairs to work with Zayn Gulamhussein, a teacher and tutor with years of experience. They too were introduced to the story of the wedding dress and then asked to begin thinking of a story along those lines, entitled ‘The Pain of Giving’. Using a worksheet to help them plan their story, along with some creative writing games, they were well on their way and managed to write up some original and well thought out short stories by the end!