Celebrating the Week of the Prophet’s Birthday 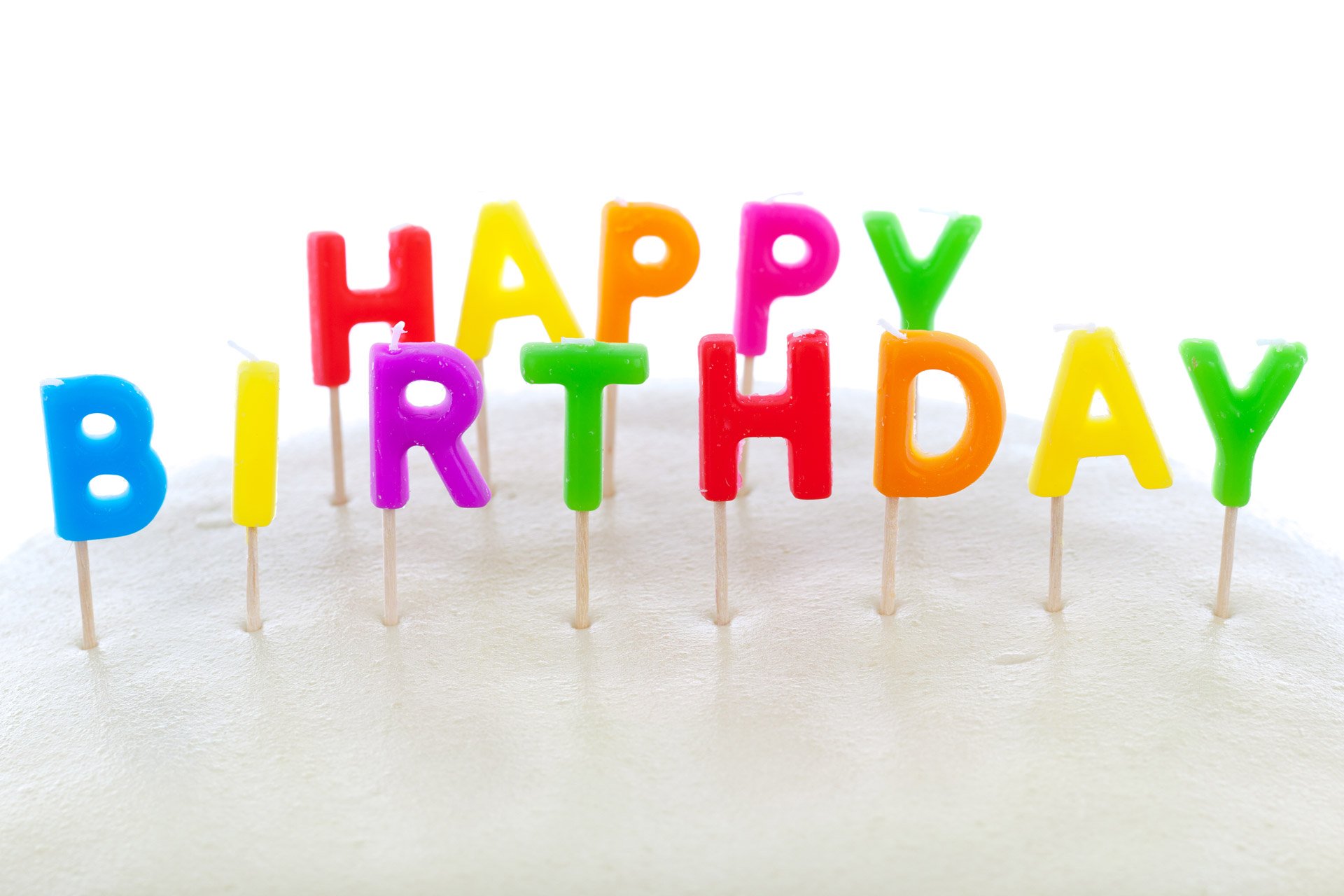 Here is a week of celebrating the birthday of the amazing Prophet, and choosing one aspect of his life to inculcate with our children every day Inshallah! The inspiration for these come from stories from his life and some of his narrations.

Day 1 – Rush to be the first to say Salaam Alaikum:

“The companions of the Prophet (pbuh) knew of the reward of being the first ones to say ‘Assalum ‘Alaykum’ to someone. The Prophet (pbuh) has said that the one who says Salaam first gets99 thawaab although it is mustahab, and the one who replies gets 1, even though the reply is wajib.

However, the Prophet (pbuh) was always the first to greet them.

This time, the companions though they would beat him to it. As they saw the Prophet (pbuh) approaching, they hid in the doorways of the alley towards which he was coming, hoping that as soon as he came they would surprise him and greet him first.

As soon as the Prophet (pbuh) came to the entrance of the alley, he called out in a loud voice: ‘My salaams to all those in this alley way’!”

* Using this story, we can encourage our children to compete with us and others in saying Salaam first! Why not have a trial right now?!
* This doesn’t have to stop in school…why not encourage them to be the first to say Good Morning to their teacher, or hello to their friends?
* Why not make an Arts and Crafts activity based on this? Maybe a hand cut out with the Arabic on one side, and the meaning on the other?
* This clip below is fun to watch and will help convey the importance of Salaam as well!

Day 2 – Be nice to someone who may not necessarily be nice to you:

Even when the old woman threw rubbish on him, he would pass silently without showing any anger or annoyance. This was a regular, daily event.

One day when the Prophet (pbuh) was passing by, the woman was not there to throw the rubbish. He stopped, and asked the neighbour about her well-being, and wondering why she wasn’t dropping any rubbish on him.

The neighbour informed the Prophet that the woman was sick on bed. The Prophet politely asked permission to visit the woman. When allowed he entered the house, the woman thought that he had come there to take his revenge when she was unable to defend herself because of sickness.

But the Prophet (pbuh) assured her that he had come to her, not to take any revenge, but to see her and to look after her needs, as it was the command of Allah that if any one is sick, a Muslim should visit him and should help him if his help is needed.

The old woman was greatly moved by this kindness and love of the Prophet. By the example of greatness of Muhammad, she understood that he was truly the Prophet of God and Islam was the true religion. She accepted Islam at once, Alhamdulilah.”

* Talk about what we would do if someone threw rubbish at us/shouted at us/was not nice to us?
* Role play reacting like the Prophet in this situation or any other every day situation.
* Think about someone who perhaps has not been very nice to you – what can you do for them? Make them a card? Smile at them? Pay them a compliment?
* Us mums and dads – is there someone we can be nice to/call up/bake for? Watching us lead by example is the best way to get the message across!

To smile is to be cheerful in a wonderful, contagious, and effortless way. Here is a lovely story to share with your children:

One day, Miss Ellis gave her pupils a new assignment: an assignment on happiness. Her pupils would be “happiness collectors”, and were to see what would happen when they tried to bring happiness to those around them. As part of their assignment, all the students did really delightful, wonderful things, but what Carla Chalmers did left everyone gobsmacked. Several days after the assignment had been handed out, Carla turned up carrying a big sack.

“Here in this bag I have all the happiness I’ve collected so far,” she said, smiling.

On seeing this, everyone was filled with expectation, but Carla didn’t want to show anyone what was in the sack. Instead, she pulled out a small box and gave it to her teacher. When Miss Ellis had taken the box, Carla took an instant camera out of her own pocket and stood with it at the ready.

The teacher slowly opened the box and looked inside. A big smile shone on her face, and at that moment Carla snapped a photo. Carla’s photo popped out the camera, and she offered it to Miss Ellis along with a sheet of paper. The teacher read the paper in silence, and when she had finished she gestured over at the sack.

She opened the sack and hundreds of photos fell out, all of different smiles, each one of them beautiful.

The rest of the class tried to work out how Carla had managed to create such a great big chain of happiness. All there was in the box was a photo of a big smile. But everyone who had seen it had felt happiness being transmitted to them, and in return, without even thinking about it, every person had responded with a smile of their own.

With all her classmates now smiling, Carla took a photo of each one of them. She gave them their own photo along with a slip of paper, which asked them to do the same with other people, and to send a copy of the photos to her home address. And for months afterwards, Carla’s post box was always full to the brim with photos of happy, smiling people.

And so it was that she managed to spread understanding of the simple truth that every time you smile you are sending a gift to the world.

* Brainstorm how we can remember to smile throughout the day – maybe leave a note in your child’s lunchbox?
* Have a discussion on charity and what the wider meaning is.
* Maybe even decide to give monetary charity as well on this day, or why not make a Sadqa box?

Day 4 – Learn something new and share it with your family:

“The mosque of Medina was not only a place of worship.

Once the Prophet (pbuh) entered the Mosque before the prayer time. He found two groups in the Mosque. One group was busy with its own act of worship, some were reading the Quran while the others were supplicating. The other group was in a corner busy learning. They learnt how to read and write and discussed the teachings of Islam and their application to their daily lives.

Looking at both, the Prophet (pbuh) said:

“They are both engaged in useful pursuits. But I am a teacher. I shall join the group assembled to learn.”

And so he (pbuh) sat with the group of students.”

Prophet Muhammad (pbuh) said: The virtue of knowledge is more beloved with Allah (SWT) than the virtue of worship.”

* Share the story above with your children and ask them why their think learning is so important for us.

*I once heard someone mention a family tradition that I thought was so simple to implement, yet so awesome! At dinner time, they would ask each other to say one new thing they had learnt that day. If the person had learnt something, they would share it; if not, everyone would shake their heads and tut tut at them! Even the parents were grilled!

* Maybe you could have a small whiteboard somewhere, where you write and share a new hadith, or think to learn as a family – each family member can take turns to write something once a week.

Subhanallah, we have so much advice from our Prophet on the little things in life 🙂 Here are some of his habits:

– He would drink water in sips and not gulp it down all together.
– He said: “Food that is hot does not have blessings so let it cool.”
– “Olive oil and vinegar are the food of the Prophets.”
– He would have dates and raisins for breakfast.
– There was no fruit more liked by him than pomegranates.

* Talk about the above and what the reasoning may be behind it – maybe a research project for the older ones on the benefits of dates?
* Have some of these yummy fruit today – stick them in their lunchbox, or as an after-school snack!
* We’ve already seen some amazing fruit art 🙂 How about some more edible art with the fruits mentioned above, or an arts and craft activity on the same?

* Check out this awesome poster which highlights some of the important meal time manners in Islam – why not print it out, laminate it, and stick it up in your kitchen as a reminder all-year round?

* When researching this topic, I came across this document which covers research into the Prophet’s methods of eating and drinking in depth.

Day 6 – Do something extra that you don’t normally do to help you mum out in the house:

“It is said that once our Prophet (SAW) was on a long journey with a number of his companions. At one place they all decided to rest. They all alighted from their horses and loosened their luggage. They then decided to slaughter an animal and prepare a meal. One of his companions said, ‘I will slaughter the animal.’ Another said, ‘And I will skin it.’ A third volunteered to cook the meal. The Prophet (SAW) then said, ‘And I will go and find fuel.’

Immediately a number of his companions rose and said, ‘No, O Prophet of Allah, let it be our privilege to serve you while you rest. We are here to do the work for you.’ The Prophet (SAW) replied, ‘I know that you could all do that. But Allah hates a person who enjoys such a privilege amongst his friends and companions. Allah hates a man who adopts any preferential position.’ He then went towards the woods and brought back with him twigs, which were then used, in the preparation of the meal.”

* Our Prophet taught us many lessons of self-reliance such as this example above. Discuss how we can become more self-reliant in our own individual roles in the family.
* Depending on age, maybe this would be a good time to decide on chores and responsibilities?

it is said that the Prophet’s hands were like those of a perfume
seller, always with a beautiful fragrance. He used to love perfume and used to spend more on it than food!

* Smelling nice goes hand in hand with being clean – perhaps this could lead to a good discussion on good habits, like brushing teeth, having showers, Jummah ghusl, etc?
* Maybe go shopping with your child a perfume of his/her own? Or gift them one of your own – it is said, he never used to refuse perfume when he was gifted it.
* In last week’s Show and Tell on the Prophet, one of the children brought in perfume and had a great time as he went around and put a little perfume on everybody else 🙂

And there you have it! Inshallah I hope it is simple enough for the younger ones to do, but something that the older ones can also fulfill to their capabilities, not to mention us mums and dads 🙂