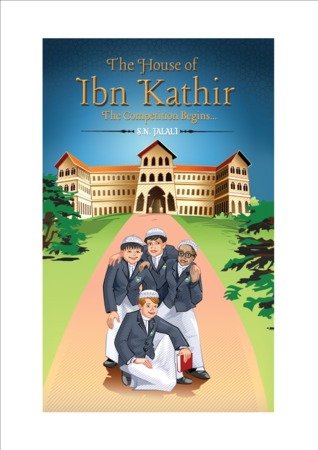 Boarding school stories grip young readers in a unique sort of way – with the majority of children not going to boarding schools, it provides an insight into a totally different world; indeed, some of the greatest series have been based in boarding schools, Harry Potter, The Worst Witch and Malory Towers to name a few!

Alhamdulillah Muslims ventured into this world through Khadija Academy (See: http://www.bibipublishing.co.uk/Zahra-s-First-Term.html), and now here is one based on a boarding school for boys!

“It’s Yusif’s first time away from home. The Dar Al Ilm Academt seemed to be the ideal place for him to pursue his studies and achieve one of his lifelong ambitions – to memorise the Qur’an, or so his parents had decided…

However, just when he thought he was settling in, Yusif finds himself with more on his hands than he had bargained for. When mysterious events start happening around the school, it begins to seem as if Dar Al Ilm has more in store for him than he had ever imagined.”

My 9 year old loved this book and devoured it in a few hours – we look forward to the sequel!