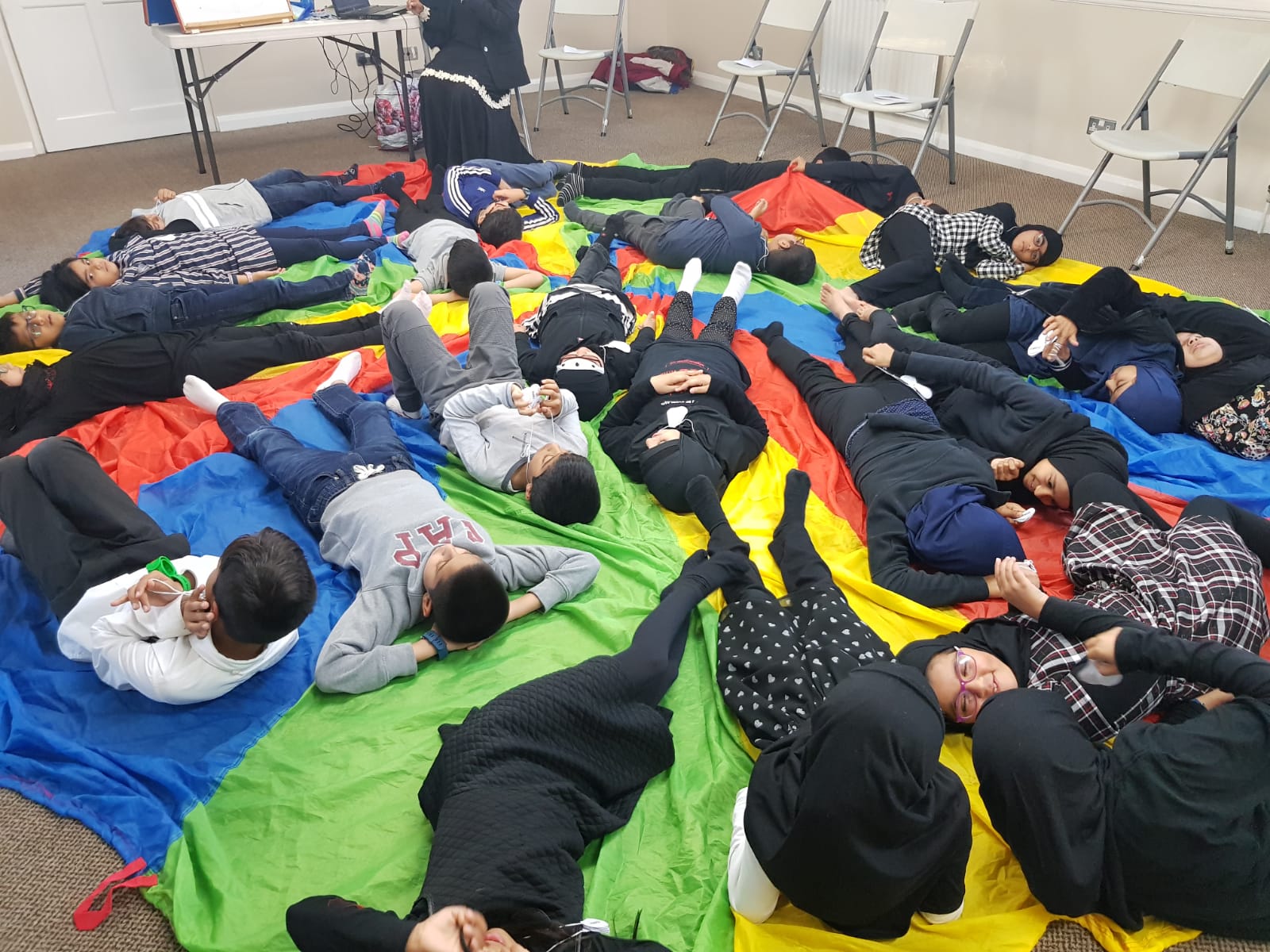 Over the half-term, the Children’s Islamic Library held an event where each group focussed on a book.

First up, The Breadwinner 🙂

“In the half-term break, the Children’s Islamic Library organised a book club for 11-15 year olds to discuss a book called The Breadwinner by Deborah Ellis. We were also going to watch an award-winning, animated movie based on the book. They recommended that we read the book before we came.

The Breadwinner is about an 11 year-old girl called Parvana in Afghanistan living under the strict Taliban law. Parvana’s dad had been wrongly arrested, and since women and girls were not allowed to go out on their own, Parvana had no choice but to dress up like a boy to earn a living for her family. Parvana had to be extremely cautious to keep her disguise a secret. I won’t give away anymore in case you haven’t read this book, and I highly recommend that you do.

As soon as we arrived in the annexe, we got on with watching the movie. Most people enjoyed the film, although we noticed a few differences between the book and the movie, such as missing characters and slight changes in the storyline. After the film, we all introduced ourselves, then went on to discuss the major themes and concepts dealt with in the book, such as courage, perseverance, resilience and consideration, and how the characters displayed these. Everyone expressed what they thought of it overall, and whether they liked it or not. Most people agreed that it was better to read the book before watching the film. Apparently, there is also a sequel, which I am really looking forward to reading.

It seemed to me like everyone thoroughly enjoyed the afternoon, and it was definitely a good choice of book for the book club. I can’t wait until the next one!”

Next up, ‘Meet the Masumeen’:

“It was ‘the’ Friday afternoon I had been looking forward to since my mum told me I was going to go for the Children’s Islamic Library event.

Prepared and excited we arrived at the annex where we were asked to go upstairs to where our group was doing the Book review and activity based on the book titled “Meet the Masumeen,” which is about a class of children who have a magic rug and go into the past with their special teacher and learn about the Masumeen and their special qualities.

We were warmly greeted by Azra Aunty and settled down to hear her read the chapter on Imam Husain a.s in her eloquent voice. After that we watched a clip about the 14 Masumeen and then went on to do the activity which was making necklaces with attributes relating to each Imam. To do this we had to answer questions about the Masumeen which were around the room and collect all the different pieces related to them.

I really enjoyed my afternoon and came home having learnt a lot and sharing it with my family.

I thank the Children’s Islamic Library for organising this event and I look forward to attending more of their sessions in the future.”

And last but not least, Pip The Monster Lost His Heart:

We realised Allah had blessed us with more intellect than Pip and although saying Salaam to our Imams is important, following them is also very important!

So off we went to search for four treasures that our beloved Imam Hussein (as) loved: Salaah, Quran, Istaghfar and Dua

The Salaah treasure Hunt station had pictures of Salaah actions to put in an order and kids had to guess that the actions were part of Salaaah. Only then they could collect the first piece of their heart.

Quran Station
Here the kids listened to some Quran recitation and had to guess it was Quran! Some kids responded back with their fav memorized suwer, after guessing a few suras they then searched for the second piece of their heart hidden under the Qurans.

Istaghfar Station
Here the kids got to sniff and associate Istaghfar to a beautiful smelling perfume which takes away our bad smelly deeds. The third pieces of their hearts were hidden inside a Tasbih basket

Dua Station
Here kids had to decode the clue using letter codes. The secret message read: “Call Upon Me” and guess that Dua was their last and final clue which led to finding their last piece of heart, hidden inside Dua books.

With their heart all complete, they glued it on their special craft activity. Then they went on to design their own flags to take to Kerbala with them very soon one day InshA!