Here are some resources to help mark the life of Bibi Zainab: 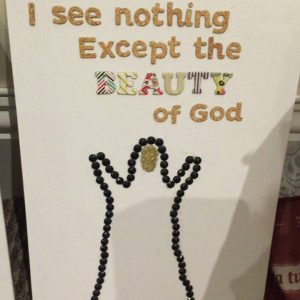 “My 6 year old daughter created this art on canvas showing Bibi Zainab (as) on Siratul Mustaqeem guiding us, through the lessons we learn from her life, all the way to Jannah!

She is holding an alam, and on her superheroine cape are written her titles, ‘Sharikatul Husayn – …Imam Husayn’s partner in his mission to save Islam’ and ‘Aalima Ghayr Mu’allima – One who knows without being taught’ (title given by Imam Zainul Abideen, as Bibi used to conduct Islamic classes for the women of Madina and Kufa and was revered for her knowledge and wisdom).

She also included Bibi’s famous, powerful and most profound words, summing up her life’s philosophy of placing Allah’s (swt) pleasure at the centre of all she did and thought: ‘I see nothing but beauty’ – ‘Ma ra’aitu illa jameela’ when asked by Ibne Ziyad at his court how she found the events of Karbala.

She drew and captioned pictures to create a simple timeline of her life, from her blessed birth to her death at 57 years.

At 7 years – Bibi Fatema (as), her mother, and Rasulullah (saw), her grandfather, pass away

At 32 years, Imam Ali (as) became the khalifa and they moved to Kufa with him

At 35 years, the martyrdom of Imam Ali (as) takes place

At 45 years, Imam Hassan (as) is poisoned and passes away

At 55 years, she witnesses the tragedy of Karbala, Kufa, Shaam, back to Karbala on Arbaeen – Bibi established the institution of Majlis Al Husayn, Allah’s University! – and then return to Madina

At 57 years, she passed away – most say in Sham but there are also reports that she’s buried in Cairo, Egypt or Madina” 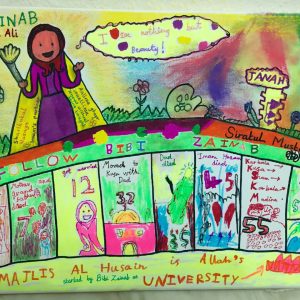 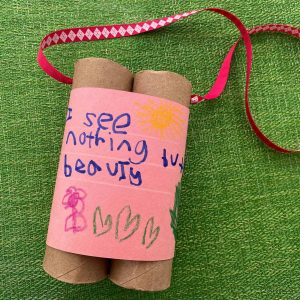