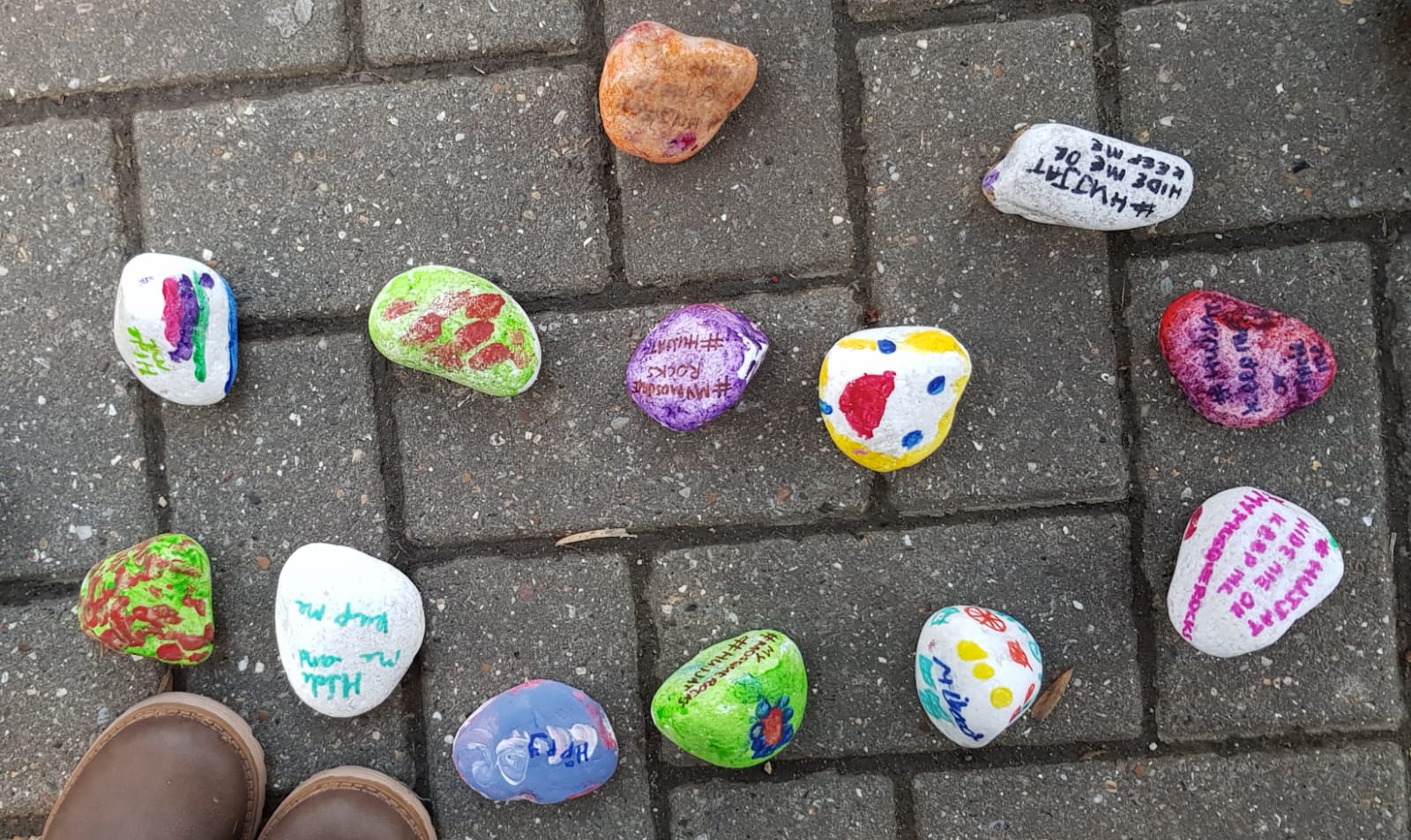 Last week, we got together and got our paints and brushes out!

Here is the Powerpoint used.

We began with a question – what would you do if?…

If a friend took your phone?
Then you try and take it back and she kicks you?
And goes to the teacher to tell on you.
What if the teacher then puts you in detention?
Or expels you?
You go to court but you keep getting told you’re the one whose fault it is?

HOW DO YOU FEEL?

Most rightly said they would feel hopeless and couldn’t understand how such a gross injustice could take place, and were shocked when we explained that unfortunately such injustices do happen – for example in Palestine.

They then brainstormed ways they could act against this injustice in a peaceful way – such as protests, petitions, use of stories, media and ART.

We then introduced different art works that people have used to spread awareness of injustices of things like Palestine, but also Syria and the refugee crisis, the current event of Marzieh Hashemi and even hijab.

We reiterated the aim of using our voice through art to make a peaceful stance against injustice, using Imam Hussain’s words: ‘I only desire to spread good values and prevent evil’.

The children then brainstormed issues that were close to their heart, then chose one and brainstormed further on ideas of what to draw/paint on that topic. They then drafted it out and went on to do it on canvas. We were very impressed with their thinking and the wide range of art they produced.

We had a fantastic rock painting session last week for the 5-9 yr olds. The first rock was the rock of good habits. The children discussed and thought of a good habit they wanted to instil in their life. This was then painted on to their rock with the number 40. Reminding them that it takes 40 days for an action to become a habit. They would then keep this rock in a place they would see everyday as a reminder to make that habit a rock in their life.

The second rock had a little twist. We painted and decorated this rock with the words #mymosquerocks #hujjat after the rocks had been varnished and dried the children got to hide them outside around our centre. The idea that when you come to the centre you bring a rock to hide, maybe you’ll find a rock which you can keep or re-hide for someone else. Building a connection with our centre.