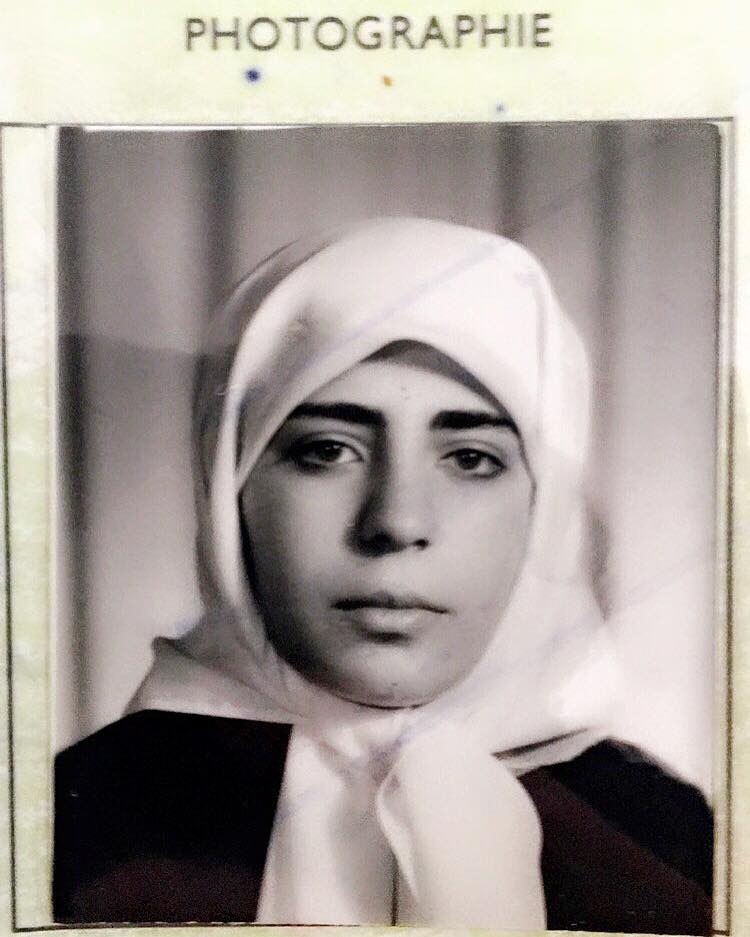 Shared as seen on Facebook. Loved it! Stay strong in your beliefs, no matter how hard the times!

In 1979 my grandfather made the decision to leave his home in Syria and start a new life the U.S. The pl…an was that my grandfather would come to California first and then my grandmother would follow along with their 7 children. Their American Airlines Flight #191 reservations included a stop in New York then a connection in Chicago before finally arriving in California. They landed in New York first. All immigrants first had to apply for a green card before their next destination. My Aunt Hala had recently put on the hijab. When it came time for her photo, they asked my aunt to remove her hijab and she said NO. They consistently informed her that she would not be able to move to America or go to their next flight until she took this photo but she was steadfast and insisted on her rights. By now my grandmother became impatient, having flown half-way across the globe and having spent close to their life savings on these tickets, she did not want to miss the next flight out to California. My grandmother pleaded and told her to remove it and to do what the immigration officers told her to do, but my aunt continued to refuse. They called her into the back and she told them It doesn’t matter how many people you call in, I will not remove my hijab for this photo. After the officers called their supervisors and three brutal hours later, they finally released my aunt and allowed her to keep her hijab on for the photo. However, by then it was too late, the entire family had missed their connecting flight and they had to purchase new plane tickets and stay overnight in New York. Furious and upset, my grandmother lectured my aunt the whole flight to California.

He said, “The original flight you were supposed to get on crashed, and all 271 passengers died.”

They were all in shock and overwhelmed; everyone was brought to tears. This is my Aunts passport photo. This photo is a symbol of my Aunts bravery and love for her hijab that saved my families life. We would have never started the first generation in America, if it wasn’t for her sticking up for what she believed in.

This story is an important reminder for me that everything in life is written and one should always be principled and stick to their beliefs no matter the situation you’re put in. Allah was testing her belief and if what you believe in is right, then Allah swt will never forget about you.

❤️ Stories like this make me fall in love with the hijab all over again. Her hijab saved her life and in turn my families life. It’s a reminder that your hijab is like a relationship, you have to always remind yourself of the strengths and nourish it to keep the love for it alive. If you forget its importance, then you forget yourself.

With all the islamophobia going around, I just wanted to remind people the importance of staying strong in your deen, no matter what anyone thinks or says.