Coming soon, Barakah Hills represents an ideal muslim community and is targeted to a post-toddler, pre-school demographic of children. The show’s main objective is to show children what it is like to be a practicing muslim as well as a good citizen in their community. Instead of trying to preach Islam and Shariah law and practice, Barakah Hills uses the hadiths and characteristics of Nabi Muhammad (SAW) as the prototype for not only being a good muslim but also a good human being. Children will learn everything from how to have good manners, to how to get actively involved with community projects. The way they learn is not through strict regimented lessons but through seeing how Laylah and Omar, and the supporting characters, do things. Essentially, the viewers will be learning by example. This makes for an educational, engaging and most importantly, fun children’s show. 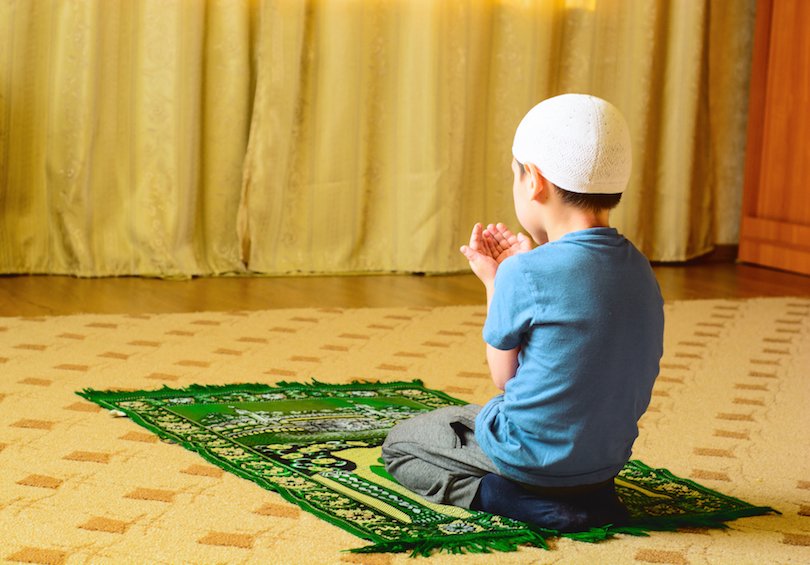 “The greatest and most noble form of worship is du’a. Our young Muslim kids take time to learn how to read Salaah properly, or perform other acts of worship, but learning when and how to make du’a is one of the easier things to teach them.

Allah has favoured certain times for du’a. This makes us look forward to those times, because we know our du’as are more likely to be answered then. There is great wisdom in this – if all the timings were the same, we wouldn’t approach these more blessed times with added enthusiasm.

We can share this enthusiasm with our children by making them aware of these special times that Allah has mentioned. Below are just 5 of many mentioned times for du’a. These five are simple times that children can easily remember.”

To read the tips, see: 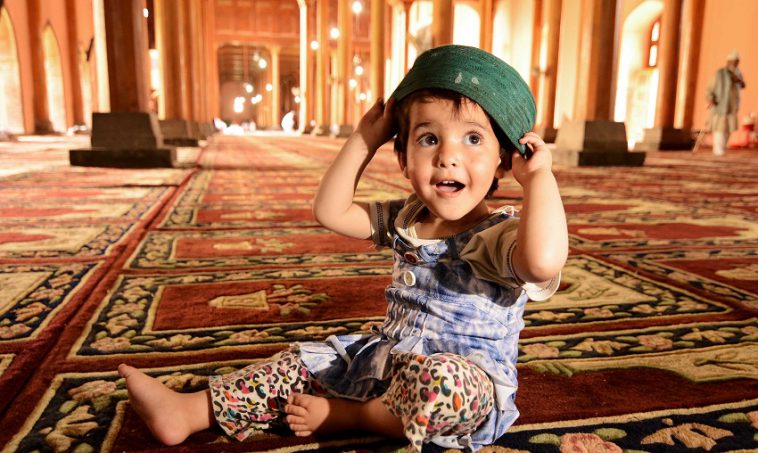 “8. Teach your child to follow you in salah. Lead them rather than merely instructing, it’s a more powerful way to teach them. Your child will remember what he/she sees you doing forever. Start instructing them to read salah at the age of 7, this will help make it easy for them to pray when they reach puberty and it becomes compulsory on them.”

Read all the tips here:

Science proves Islam right, in so many things! :)

Here are just a few things that Islam has told us to do, which are 1500 years later being proven by Science!

2. Taking off shoes in the house:

Wearing Shoes In The House Is Nasty, Says Science

A couple of articles on the scientifically proven benefits…

Here’s a good clip for kids:

4. The importance of dates at delivery:

Check out below, on the sunnah of giving dates to newborn babies, and the recently revealed scientific information to back it up.

“Over 1400 years ago, when a child was born, the Prophet (PBUH) made it his sunnah to take a small part of a date and place it in his mouth. He would then chew it until it was soft and then rub it onto the palate of the new born baby. This is called Tahneek.

Today, BBC News has reported that “experts” have said – “A dose of sugar given as a gel rubbed into the inside of the cheek is a cheap and effective way to protect premature babies against brain damage”

This is why Muslims follow the sunnah of the messenger without questioning it. Science is only now discovering a tradition that was introduced 1400 years ago because Islam was and still is the forefront of development.”

Here is of increasing evidence for the importance of not only breastfeeding, but for longer…

Allāh (SwT) mentions in Surat al-Baqarah, Verse 233: “Mothers shall suckle their children for two full years, – that for such as desire to complete the suckling.”

And the Prophet has said: “For a child, there is no milk better than the milk of the mother.”

This is of course, only if the mother is able to! If an intention and desire to do so was there, but for whatever reason it was not possible – am sure the niyyat will go a long way. Allah is Al-Alim (The All-Knowing) and Al-Qadir (The All-Powerful) after all. 🙂

And here’s another article on this subject: http://www.thestranger.com/features/feature/2015/08/26/22755273/the-more-i-learn-about-breast-milk-the-more-amazed-i-am

Ooh and this is amazing! http://mom.me/blog/24116-coolest-breast-milk-fact-youve-ever-heard/

On a sidenote, check this out: https://themuslimvibe.com/faith-islam/the-parallels-between-praying-and-breastfeeding

7. Using a miswak to brush, which the Prophet showed us back then but which is coming into age in the Western world now:

8. Sitting while going to the toilet (for men!):

Yes, It Might Be Healthier for Some Men to Sit When They Pee, Urologists Say

“Early Riser: Prophet Muhammad slept early and woke up with the Adhan of Fajr each day. Being an early riser has scientifically been correlated with better productivity, as well as better mental health in general. So, waking up early may be hard but with baby steps, even if it’s just waking up 15 minutes earlier to start with, you can begin improving your quality of life.

Eating Less: The practice of eating less to prevent sickness and disease was emphasized by Prophet Muhammad (PBUH), and now backed heavily by science much later. The Islamic concept ‘1/3 for your food, 1/3 for your liquids, and 1/3 for your breath’ matches very closely to the Japanese ‘hara hachi bu’ concept, which means eat until you are only 80% full. Read more about the health benefits of the ‘hara hachi bu’ practice here.

Eating Slowly: We now know that it takes our body 20 minutes to send signals to our brain that it is full. Slow eating will help you eat less food and improve your digestion, and it is a practice Muhammad (PBUH) did himself and strongly advocated. Read more about slow, mindful eating here.

Mindful Eating: ‘Eat together and not separately, for the blessing is associated with the company’. The prophet stressed this, and today sharing and enjoying food has been proven to reduce stress, improve family and romantic relationships, and build healthy eating habits within children.

Water: ‘Do not drink water in one breath, but drink it in two or three breaths’, is the manner by which Muhammad (PBUH) drank water. Science today proves that when a person drinks too much water in a short period of time they can experience headaches, imbalance in blood electrolyte levels and sometimes dizziness too. Drinking slowly helps you actually absorb the fluid and get the most benefit out of it.

Pomegranates: Pomegranates are thought to have been the prophet’s favorite fruit, and modern scientific research has proven pomegranates to be one of the healthiest foods on the planet. They contain manganese, which helps in the formation of bone structures during the metabolic process, and potassium, which aids in maintaining cellular function and keeps a balance in fluid levels. They are also potent in flavonoids and polyphenols, antioxidants which protect our bodies against heart disease.

Fasting: Recent evidence is showing that not just the food we eat, but our eating timings and patterns also have a profound impact on our health. Fasting was a regular practice of Muhammad’s (PBUH) life, not just during Ramadan. He would fast until Maghrib every Monday and Thursday, and also on the 13th, 14th and 15th of each month. This is similar to the intermittent fasting practice, which has been proven to balance hormone levels, prevent oxidative stress, and reduce overall inflammation. When you think about it, the less food you put into your body the less it focuses on digestion and the more it can focus on healing itself from certain ailments!

Dates: Dates are the perfect foods to break your fast as they stabilize your blood sugar levels, rebalance blood electrolyte levels, and help kick start your digestive system in preparation for food. Prophet Muhammad (PBUH) also recommended dates to be eaten in the lead up to childbirth. Dates are now proven to boost oxytocin production in your body and speed up labor.

Staying Active: Fulfilling three of the five pillars of Islam requires that Muslims be of sound health and fitness; prayer in itself is a form of exercise that requires movement of your body’s muscles and joints. Good health is also necessary if you intend to fast or participate in Hajj. Prophet Muhammad (PBUH) strongly encouraged physical exercise and told parents to encourage physical activity in their children too by ‘teaching them swimming, horse riding, and archery’.”

9. And how about life on other planets?!

“Perhaps you think God has not created a humanity other than you. No! I swear to God that He has created thousands upon thousands of mankinds and you are the last among them.…

Like this world there are 70,000 other planets with each of their people believing they are alone in the universe.