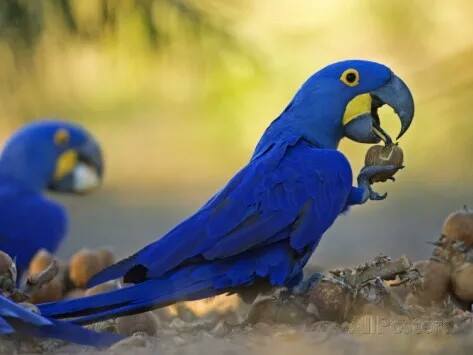 Jummah Mubarak! Got sent this yesterday and it was perfect for today’s inspiration 🙂

“Why do you hate your beak? I think it’s beautiful,” his mother said reassuringly.

“All of the other birds have much cooler beaks. Sammy Spoonbill, Pammy Pelican, Harry Hawk, Freddy Finch, all of them!”

Peter’s mother sat silently for a moment. “He may be right,” she thought to herself, they do have very cool beaks.

So Peter Parrot flew to the tallest tree in the forest and found Major Macaw.

“Excuse me Major, I have a problem,” said Peter.

“Oh dear, what can it be?” asked the venerable macaw.

“I have a stupid beak. Why can’t I have a cool beak like Sammy Spoonbill, Pammy Pelican, Harry Hawk or Freddy Finch?”

“You’re right.” said the macaw, “They do have cool beaks. Tell me Peter, do you like eating worms and crustaceans?”

“Yuck! That would be disgusting!” responded Peter.

“Well, that’s what the spoonbill’s beak is designed for. What about fish?”

“I couldn’t think of anything worse,” said Peter.

“So, the pelican’s beak would work either.”

“What about rabbits and mice?”

“OK, so maybe you shouldn’t aspire to have a hawk’s beak. Small seeds?”

“They’re not so bad, but my favourite is Brazil nuts.” exclaimed Peter, salivating at the thought.

“That’s lucky, I think I have a few here. Would you like one?” asked Major.

“Tell me Peter, if you had the beak of a spoonbill, pelican, hawk or finch, do you think that you could eat that Brazil nut?”

“I guess not,” said Peter with his mouth full.

“You see, young parrot, you have been designed a certain way, with certain skills, attributes and tastes. Don’t waste your life being envious of the capacities of others, just make sure that you know what you’re good at and why you’re here.”
Peter nodded his head in understanding and flew back home much more content.

Moral of the story:-

You were designed for a specific purpose.

Don’t worry about the skills and attributes of others, they have their own purpose that probably won’t suit you. You have the ability to do remarkable things just as you are. Work on that purpose. Get better at those skills.

Trust the Lord and His design for it’s His purpose.